I have to admit that I prefer classic adventure games over current ones for the most part. I grew up with LucasArts adventures such as Maniac Mansion, Monkey Island, the Indiana Jones series, and Zak McKracken, and never really got used to the majority of newer adventure games that came out after the golden days of LucasArts ended.

While I still enjoyed some newer titles, e.g. the Gabriel Knight series, yes even the second part with its awful acting and the buggy third part, or the Broken Sword series of adventure games (which was named Baphomets Fluch in German which translates to Baphomet’s Curse), I did not enjoy the majority of newer games.

Zak McKraken and the Alien Mindbenders was the game that LucasArts released after Maniac Mansion (it is available on Gog in case you missed it). A fan game called Zak McKracken – Between Time and Space was released years ago, and this week, another fan game called Zak McKracken goes looking for hot coffee was released. The game is available in English and German at the time of writing.

The new game should be considered a sequel to the original Zak McKraken game and a prequel to the fan made game Between Space and Time. You may download the game from the official project website; it has a size of about 970 Megabytes and needs to be extracted after the download completes. All it takes then is to double-click on the game executable to run the game.

The game launches in a window and you are taken to the start screen right away. From there, you may start a new game or continue an existing game.  If you run the game on a high resolution display you may notice that it opens in a tiny window. The resolution is set to auto by default but you may change that in the .ini file that you find the game folder. I tried changing the resolution there but the setting did not have any effect on the game window. 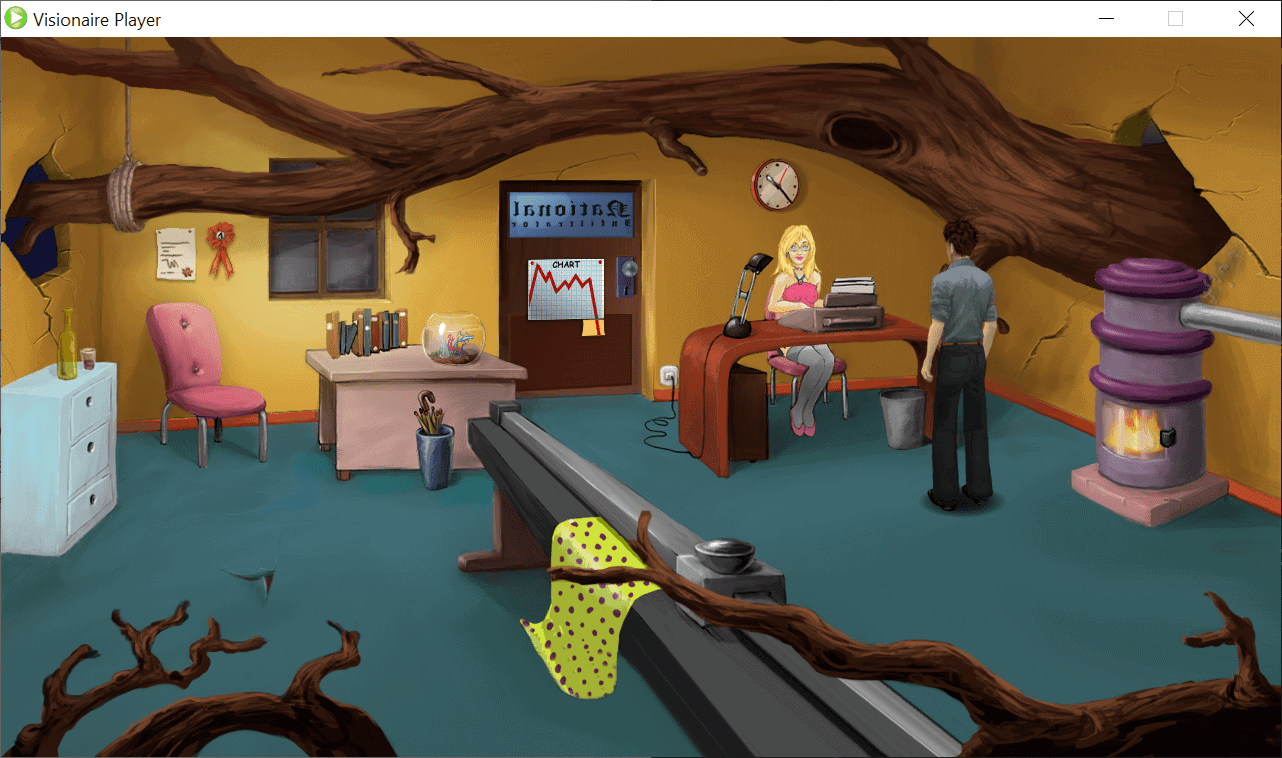 Game controls are quite different from traditional LucasArts games as the classic toolbar with actions is not displayed in the interface. You may interact with elements with clicks instead only. A long-click displays an action menu with options, e.g. open, use, or push/pull, but you may also try double-clicks (pick up stuff, open doors, basic interactions) or right-clicks (look at items or open/close) to interact with elements in the game.

You may hit the Space-key at any time to display all elements on the screen that the character can interact with. Last but not least, hitting Esc or F5 opens the load/save menu. The game takes you to classic and new locations of the original game and first fan made game.

If you enjoyed the original game or the fan made sequel, it is likely that you will also enjoy the new Zak McKracken game. It lacks a bit of the charm of the original game in my opinion and some graphics look a bit weird (though must look fine), but if you like classic adventure games, you may want to give this a try; it is free after all. Considering that this is the work of a single developer, it is quite good for that.

Now you: do you play any free computer games?