Mozilla made the decision that the next Firefox for Android would support extensions and the first result of that decision is now rolling out in Nightly versions of Firefox Preview.

Here is how you do that currently:

The handling is a bit different but the content blocking is the same. A tap on menu displays the content that the extension blocks. 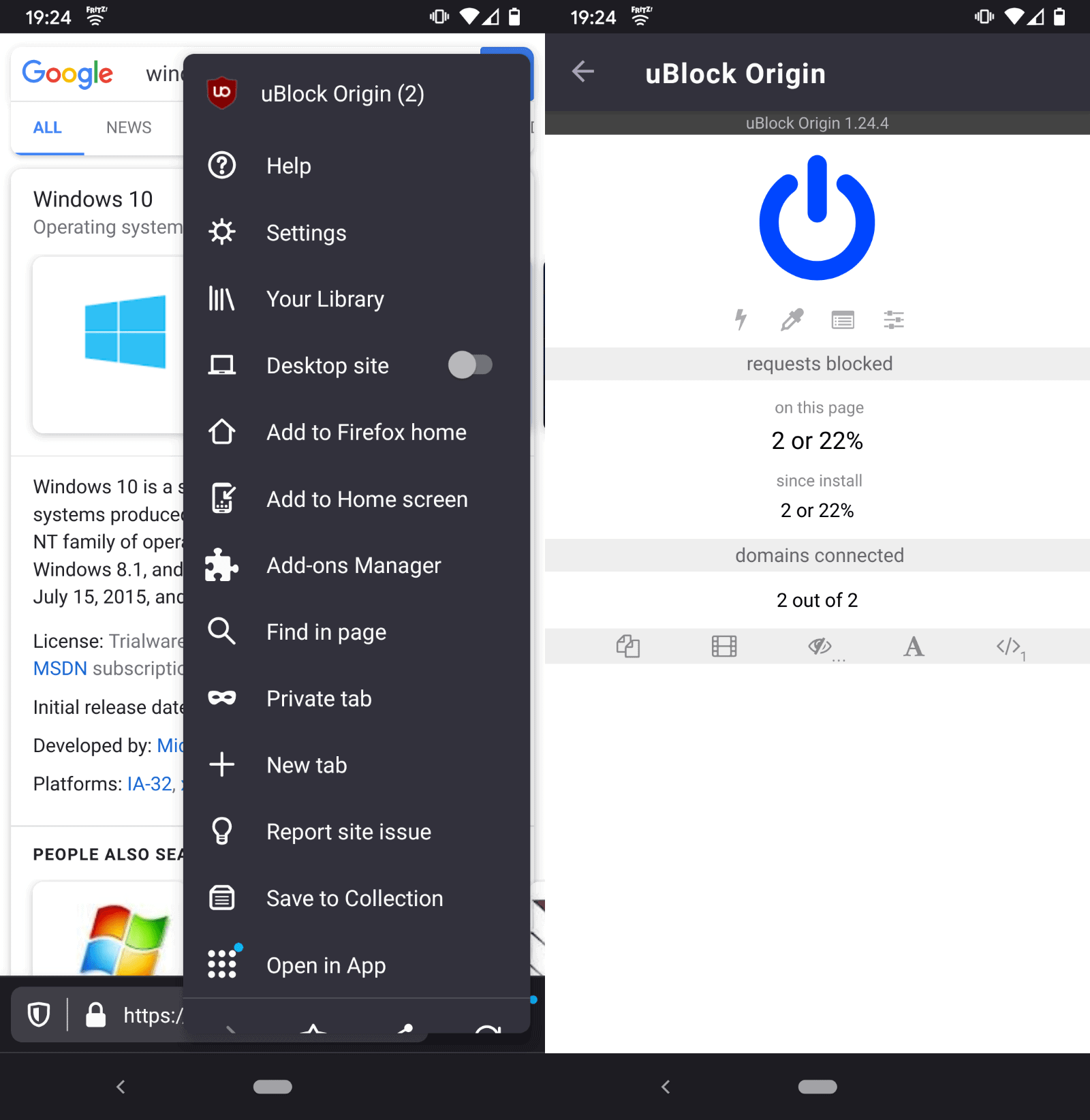 Tap on the entry to open the extension’s frontend. You may use the provided tools, e.g. element picker or zapper, the dashboard to manage filters and other settings, and everything else. The selection process is not as responsive as it could be but this is the initial version in a development version; that is to be expected at this point.

Good news is that uBlock Origin works well out of the box and that you can modify everything should the need arise.

Mozilla plans to introduce support for additional recommended extensions soon and support for all WebExtensions was promised for later this year as well.

Add-ons were what set Firefox apart from Google Chrome on mobile. Many Firefox users picked Firefox because of its add-ons support even though it was not as fast as Google Chrome on Android. Extension support means that Firefox will keep that advantage on Android, and since it is also faster than before, there is a good chance that it will be more attractive to Android users.