Jailbroken iOS devices have a lot of useful apps. If you want easy access to simple tasks, but don’t want to unlock your phone or compromise your security to do it, LockGestures is for you. 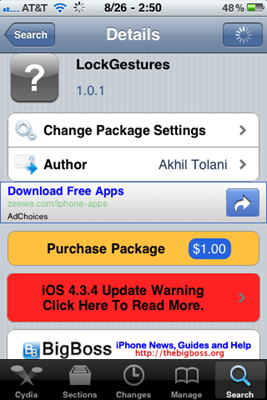 LockGestures is a Cydia app for iOS that lets you easily access various functions using gesture shortcuts from your lock screen. Once installed, head into Settings. 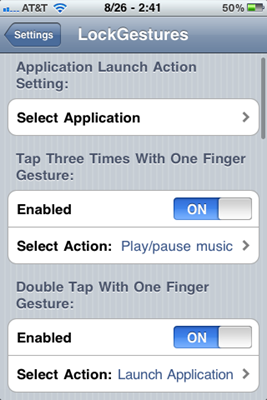 At the top, you’ll find a setting for which application you want to launch when using that action. 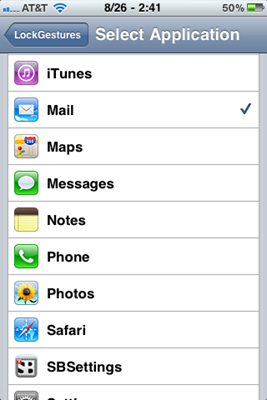 When you use the gesture to launch that app, you’ll be taken straight to it from the lockscreen, though you’ll still have to enter your security code if you have one set. 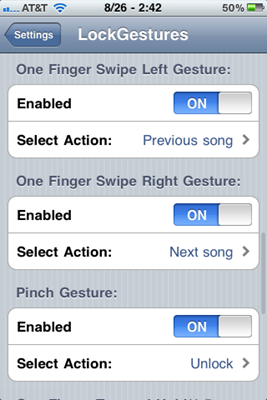 You can turn individual gestures on or off, and there’s a wide variety of actions you can configure, like adjusting brightness and controlling your music. One particular option – Quickcall – bypasses the security code and takes you right to the dial pad so you can make a call. 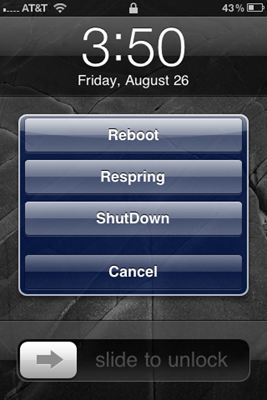 You can even bring up the Power Options dialog.

LockGestures is a great app for those of you who don’t want to unlock and enter a password every time you want to adjust brightness or make a quick call. The functionality’s also pretty inconspicuous, in case someone does take your phone. At only $1, it’s also really cheap compared to other options on Cydia. You may also want to check it out if you’ve moved to iOS from CyanogenMod, which has a similar functionality.