Microsoft will end support for its Windows 7 operating system next week on January 14, 2020. The last Patch Day for Windows 7 will provide users with a last round of security updates before support ends.

Now, it is Windows 7 that is reaching its end of support. The situation is very similar to the one when support for Windows XP ended. Windows 7 is loved by many and is used on many home and organizational devices still. 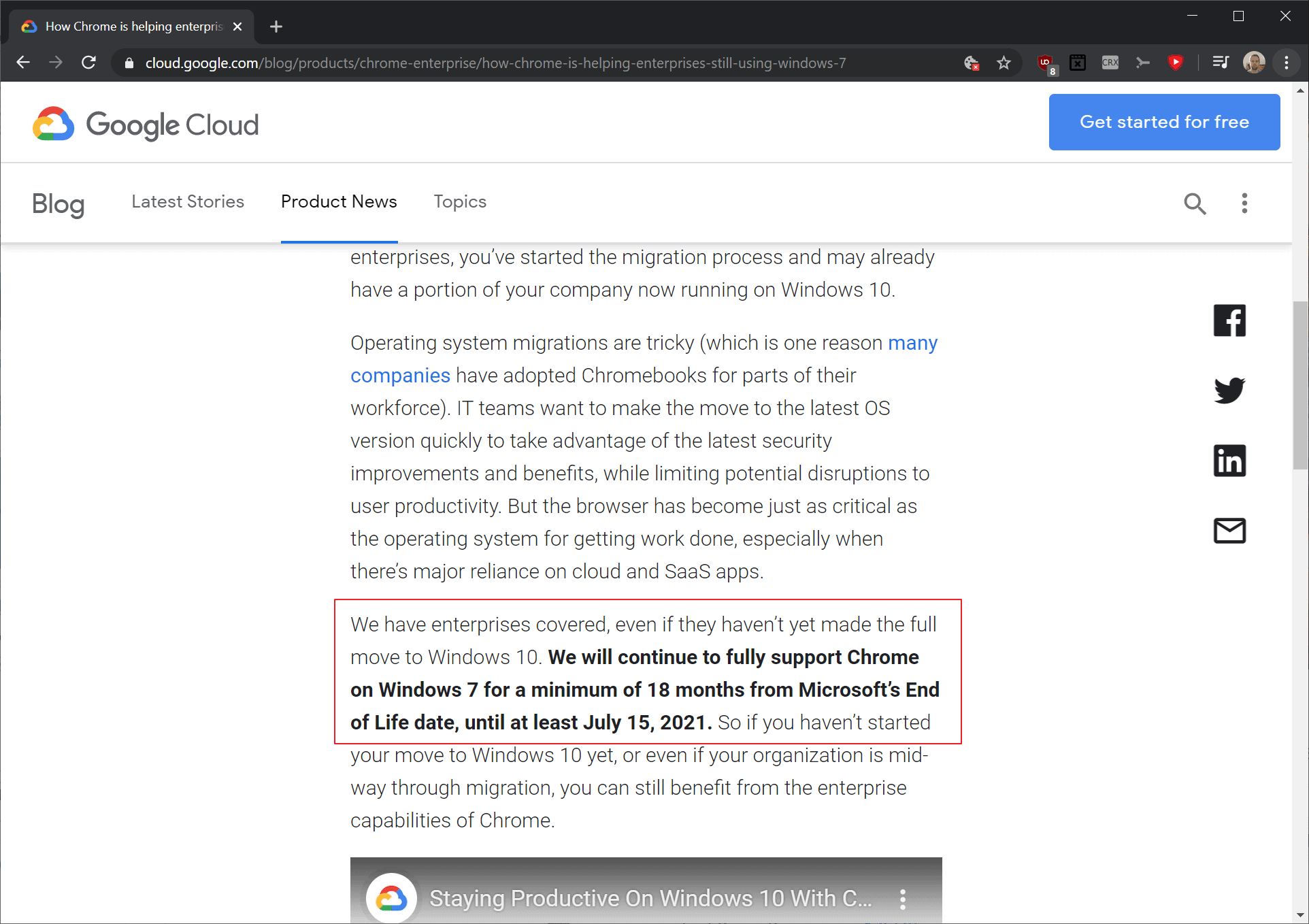 Google published information about its plans in regards to Windows 7 on the official Chrome Enterprise blog yesterday. The company revealed that Google Chrome will continue to support Windows 7 until at least July 15, 2021.

We will continue to fully support Chrome on Windows 7 for a minimum of 18 months from Microsoft’s End of Life date, until at least July 15, 2021.

Chrome users may continue to use the web browser on Windows 7 devices as the browser will receive updates just like Chrome for other versions of Microsoft’s Windows operating system that are still supported.

Mozilla has not revealed its plans yet but the organization has a good track record of supporting versions of Windows for a long time after support ended officially. Firefox users may also select to switch to Firefox ESR, the Extended Support Release, as it will likely be the version that will support Windows 7 for the longest officially.