Mozilla plans to support lazy loading for images and iframes in Firefox 75. Lazy loading refers to a technique that defers the loading of elements on a page to improve loading and rendering of the webpage, reduce memory use and network data usage; these elements are usually below the fold on load (not visible to the user).

Lazy loading up until now required the use of JavaScript. A new attribute for images and iframes adds lazy loading support in browsers that support it. Google introduced support for the new lazy loading tag in Chrome 76 which it released last year.

Here is how you control lazy loading functionality in Firefox:

You can disable lazy loading at any time by setting the preference to False in about:config. Load the following demo page to check if lazy loading support is working correctly. 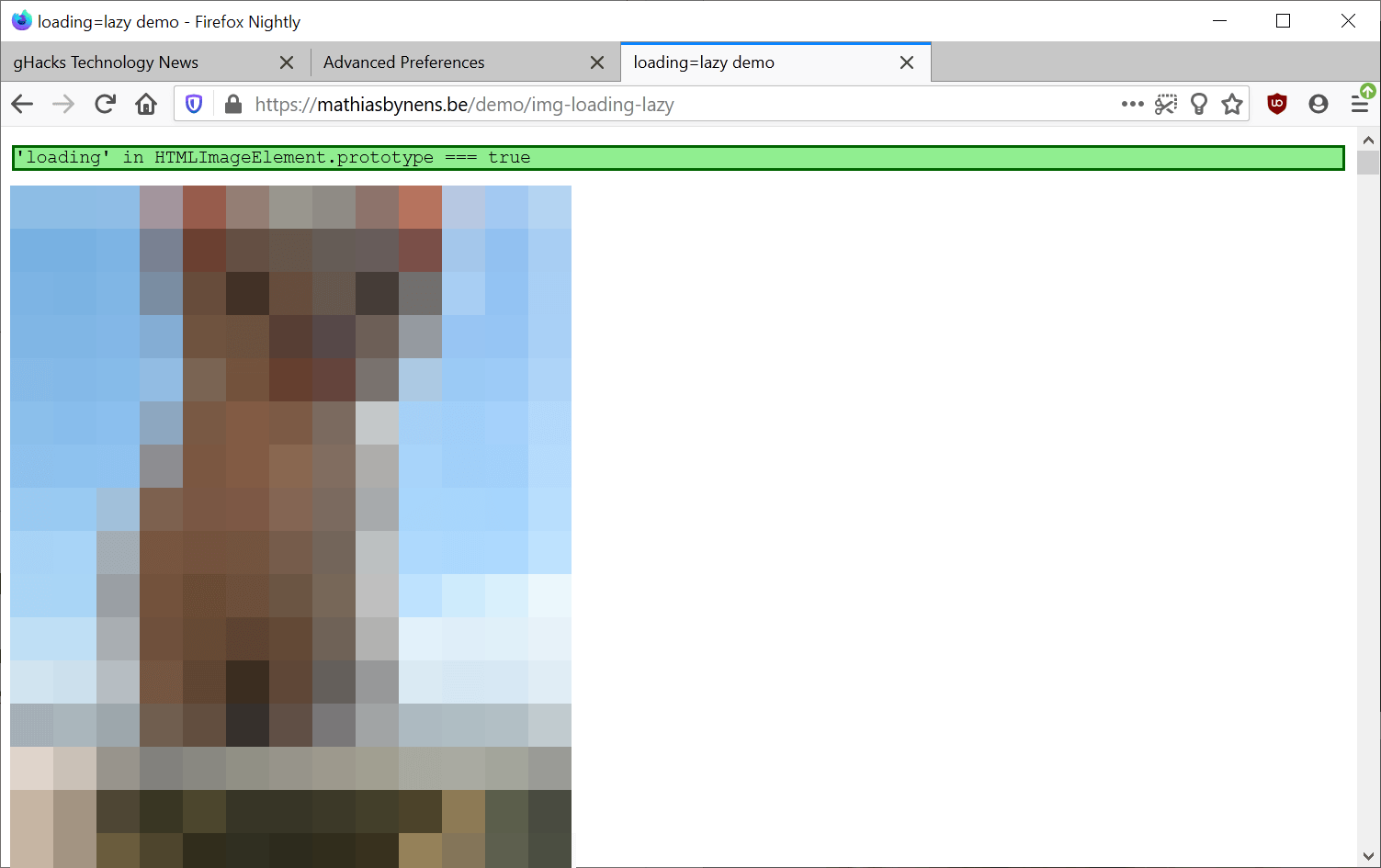 Lazy loading, once enabled, works on sites that use the tag for images. WordPress plans to introduce support for the loading attribute for images in the popular blogging platform by default which would add support automatically to WordPress blogs once the change lands and the blog is updated to the new version.

Webmasters who don’t use WordPress may need to add the tags manually or by using scripts. All it takes is to add loading=”lazy” to images or iframes to make use of the new feature.

Now you: what is your take on lazy loading? (via Techdows)