If you happen to have lots of tabs open, you sometimes may find it difficulty to locate an audio source in your browser of choice.

Chrome users had tab audio indicators for some time now thanks to the browser’s native implementation of Adobe Flash which gave Google more control over it and thus options to identify and control audio.

Mozilla on the other hand was at a disadvantage as it had to rely on the regular Flash version which did not ship with these capabilities.

Adobe some time ago added options to the regular Flash plugin to control audio, and Mozilla had been hard at work to implement these into Firefox.

Today’s Nightly release introduces audio indicators and muting capabilities to Firefox. The indicator is added to the rightmost location of the tab the audio is playing in. You may click on the icon at any time to toggle between mute and regular volume without switching to the website first.

The first screenshot highlights the new audio indicator in Firefox.

The second screenshot demonstrates how the mute icon looks like. When it is enabled audio is muted in the tab but playback is not affected. 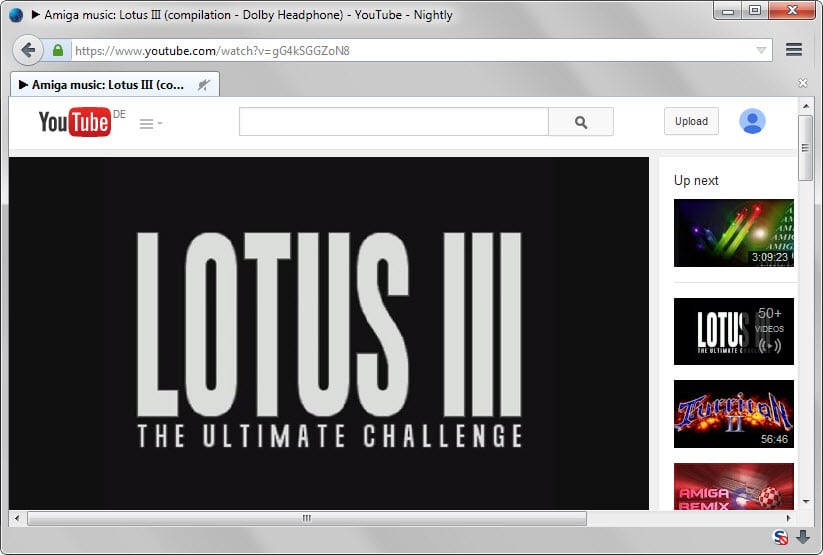 What makes the implementation special is that it works for Adobe Flash and HTML5 audio. The Flash part of the feature requires that you download and install the most recent beta version of Flash (or any higher version that Adobe may have released after writing the article).

You can download the latest Flash Beta from Adobe Labs’ website. It is version 19.0.0.124 at the time of writing. It, or any newer version is compatible with the feature.

Please note that Flash indicators and muting won’t work on Linux right no and it is not clear if Adobe will port that feature to Linux as well.

The target milestone for audio indicators in Firefox is version 42. As usual, things may happen along the way that delay the release. You can follow this bug to stay informed about that.

I have tested the new feature on a handful of sites including YouTube, Soundcloud, Dailymotion and Facebook, and it did work on the majority of them. It did not work on Dailymotion but that was the only site audio indicators were not displayed for.

Audio indicators and tab-based audio muting were features that set Chrome apart from Firefox. The introduction of the feature in Firefox adds a much requested feature to the web browser.