To claim the free full game of Assassin’s Creed IV: Black Flag, you need a free Uplay account, and the player also must use Uplay PC client to launch and play the game. 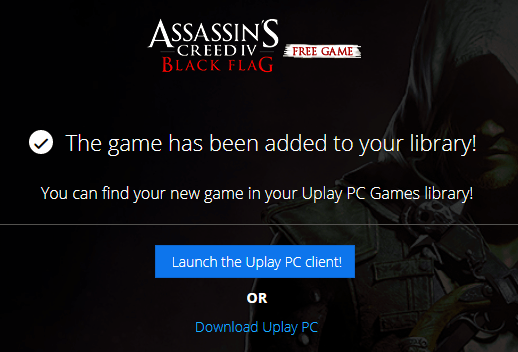 Hit the “Register for PC” button and login or sign up Ubisoft account, and the game will be automatically be added to your library. Once claimed, the Assassin’s Creed IV: Black Flag game is in your account forever. Now, you can launch Uplay PC client to play the addictive game.